Exes Baggage: Which Type of Viewer are You?

Exes Baggage gained the attention of netizens because of the tandem of Carlo Aquino and Angelica Panganiban. I was one of the excited fans who looked forward to watching the movie. Good thing, my bestfriend and I were able to watch the last full show in Glorietta.

There was a long line of excited viewers in front of Cinema 2. While waiting for us to enter the cinema, I found the different types of viewers who will watch the movie with me. 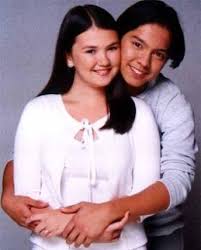 It has been years since we all last saw Angelica and Carlo together. And believe me, most of their fans missed them too. This is why the movie is the best opportunity to see them again. I even overheard some fans talking that night about the interviews and behind the scenes of the movie. The fans are all hyped with the closeness and bonding of the two. Who wouldn’t want those two to get back together?

Exes Baggage is about two people who fell in-love at the wrong time. The title itself speaks that the movie is going to be relatable to those who just had their heart broken. As expected, the cinema was full of either those who missed their ex or those who just broke up with their partners.

During the climax of the movie, when Pia (Angelica) and Nix (Carlo) are having a confrontation, I can hear sniffs around the cinema. Even my bestfriend cried during the movie!

I have been a fan of Filipino movies ever since I was young, and I noticed that almost all of the movies end with a happy ending. This is why it is no surprise that some of the viewers I saw that night were hopeless romantics.

There were scenes when the viewers would cheer or scream in excitement, especially when Nix went to the convention wearing a suit. I admit, I was even one of those fangirls. Hello? We’re talking about Carlo Aquino here! But the loudest reaction was on the last scene when Nix and Pia… I’m not going to spoil it because believe me, you might end up screaming as well.

If there are viewers who are after the tandem of Carlo and Angelica, there are also those who are just watching because they are a fan or either Carlo or Angelica. Of course, some fans might miss their favorite stars since both Carlo and Angelica have been missing in the industry lately. And as a supporter of either artist, it would be a waste not to see his or her movie on cinema.

5| Those Who Are After the Movie Itself

There are also some movie goers who are more after the story of the movie instead of the main characters. These are the people who felt that the movie was written for them. I mean who wouldn’t be intrigued after watching the teaser especially with the scene where Nix asked Pia who is her worst ex and she answered, “yung may asawa” *ehem* Derek Ramsey *ehem*.

Overall, Exes Baggage showed the importance of finding the right person at the right time. Either you are brokenhearted or a firm believer that true love does exist, you will certainly have fun watching the movie.

Alone/Together: More About Life than Love

Blogs
Alone/Together: More About Life than Love
5 Things That Will Convince You to Watch Bohemian Rhapsody (Spoiler-Free)

Blogs
7 Relatable Lines from The Hows Of Us